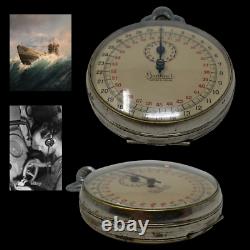 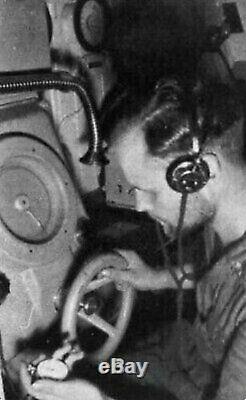 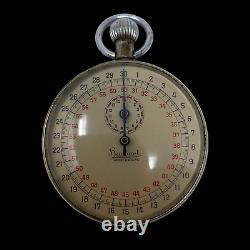 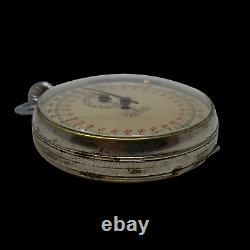 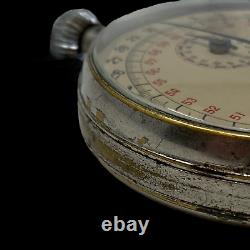 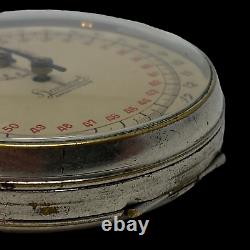 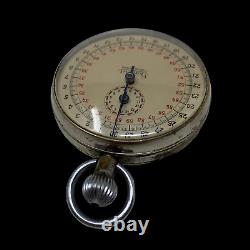 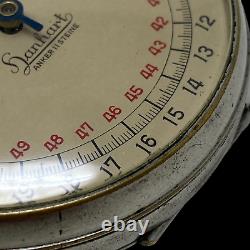 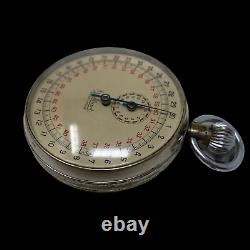 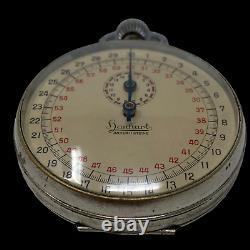 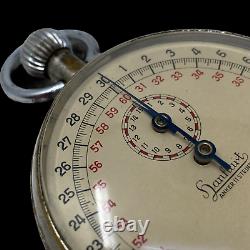 FULLY FUNCTIONAL(RARE TO FIND ONE STILL WORKING FULLY)! AMAZING USED AND SALTY LOOK STILL! Very rare original German WW2 Kriegsmarine Uboat stopwatch, made by the legendary company Hanhart. These chronometers were very important onboard the submarines or battleships, used when launching torpedoes and for many other tasks. Offered as found, in original condition, not cleaned or polished.

This German torpedo timer is in amazing condition given its WWII service and what it went throughthis was a bring back for a WWII U. What makes the stopwatch timer so rare is its condition. The original glass is almost not scuffed and not cracked as well as the timing mechanism fully working with the original and loud sounding torpedo timer ticks. This watch was used and shows amazing wear marks! This is the perfect piece for a collector looking for an original German U-Boat torpedo timer in full working order, in near-mint condition, and still showing that salty wear and usage marks at the same time.

Dial aged to a yellow hue with black and red numerals. This is the classic design for German Torpedo timing and used in U-Boats and E-Boats in the North Atlantic during the first and second world wars. The face is maker marked below center. During World War II, U-boat warfare was the major component of the Battle of the Atlantic, which began in 1939 and ended with Germany's surrender in 1945. The Armistice of 11 November 1918 ending World War I had scuttled most of the old Imperial German Navy and the subsequent Treaty of Versailles of 1919 limited the surface navy of Germany's new Weimar Republic to only six battleships (of less than 10,000 tons each), six cruisers, and 12 destroyers.

To compensate, Germany's new navy, the Kriegsmarine, developed the largest submarine fleet going into World War II. British Prime Minister Winston Churchill later wrote The only thing that really frightened me during the war was the U-boat peril. Cross-Atlantic trade in war supplies and food was extensive and critical for Britain's survival. Merchant marine and Navy entered the war, drastically increasing the amount of tonnage of supplies sent across the Atlantic. Once the United States entered the war, U-boats ranged from the Atlantic coast of the United States and Canada to the Gulf of Mexico, and from the Arctic to the west and southern African coasts and even as far east as Penang.

Military engaged in various tactics against German incursions in the Americas; this included military surveillance of foreign nations in Latin America, particularly in the Caribbean, to deter any local governments from supplying German U-boats. Because speed and range were severely limited underwater while running on battery power, U-boats were required to spend most of their time surfaced running on diesel engines, diving only when attacked or for rare daytime torpedo strikes. This contrasts with the cylindrical profile of modern nuclear submarines, which are more hydrodynamic underwater (where they spend the majority of their time), but less stable on the surface.

While U-boats were faster on the surface than submerged, the opposite is generally true of modern submarines. The most common U-boat attack during the early years of the war was conducted on the surface and at night.

This period, before the Allied forces developed truly effective antisubmarine warfare tactics, which included convoys, was referred to by German submariners as "die glückliche Zeit" or the First Happy Time. The U-boats' main weapon was the torpedo, though mines and deck guns (while surfaced) were also used. By the end of the war, almost 3,000 Allied ships (175 warships; 2,825 merchant ships) were sunk by U-boat torpedoes. [19] Early German World War II torpedoes were straight runners, as opposed to the homing and pattern-running torpedoes that became available later in the war. They were fitted with one of two types of pistol triggers impact, which detonated the warhead upon contact with a solid object, and magnetic, which detonated upon sensing a change in the magnetic field within a few meters. One of the most effective uses of magnetic pistols would be to set the torpedo's depth to just beneath the keel of the target. In this way, even large or heavily armored ships could be sunk or disabled with a single, well-placed hit. Initially, the depth-keeping equipment and magnetic and contact exploders were notoriously unreliable. This was most evident in Operation Weserübung, the invasion of Norway, where various skilled U-boat commanders failed to inflict damage on British transports and warships because of faulty torpedoes. The faults were largely due to a lack of testing. The magnetic detonator was sensitive to mechanical oscillations during the torpedo run, and to fluctuations in the Earth's magnetic field at high latitudes. These early magnetic detonators were eventually phased out, and the depth-keeping problem was solved by early 1942 with improved technology. Later in the war, Germany developed an acoustic homing torpedo, the G7/T5. It was primarily designed to combat convoy escorts. The acoustic torpedo was designed to run straight to an arming distance of 400 m and then turn toward the loudest noise detected. This sometimes ended up being the U-boat; at least two submarines may have been sunk by their own homing torpedoes. Additionally, these torpedoes were found to be only effective against ships moving at greater than 15 knots (28 km/h).

The Allies countered acoustic torpedoes with noisemaker decoys such as Foxer, FXR, CAT and Fanfare. The Germans, in turn, countered this by introducing newer and upgraded versions of the acoustic torpedoes, like the late-war G7es, and the T11. However, the T11 did not see active service. U-boats also adopted several types of "pattern-running" torpedoes that ran straight out to a preset distance, then traveled in either a circular or ladder-like pattern.

When fired at a convoy, this increased the probability of a hit if the weapon missed its primary target. The item "WWII RARE German WWII Kriegsmarine U-boat Torpedo Timer Stop Watch by Hanhart" is in sale since Saturday, May 29, 2021.

This item is in the category "Collectibles\Militaria\WW II (1939-45)\Original Period Items\Germany\Personal, Field Gear". The seller is "premierrelics" and is located in Bloomington, Illinois.