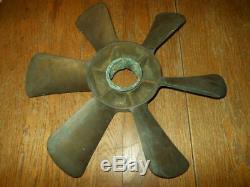 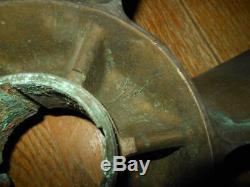 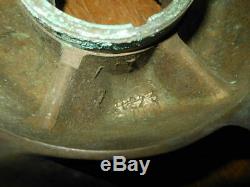 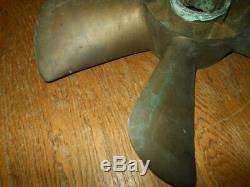 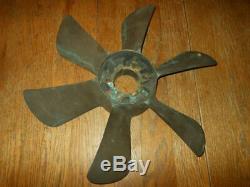 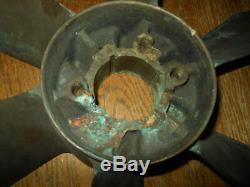 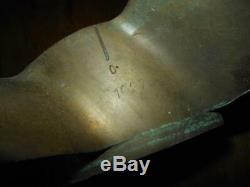 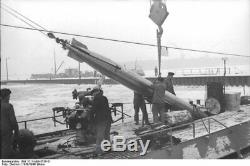 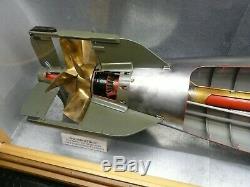 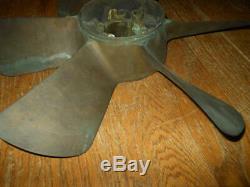 This was used by various Aircraft and U-Boats that were equipped with the. The G7a(TI) was the standard issue Kriegsmarine torpedo during the early years of World War II.

It was a steam-powered design, using a wet heater engine burning decaline, with a typical range of about 7,500 metres (24,600 ft) while running at 40 knots (74 km/h; 46 mph). It was replaced beginning in 1942 by the electrically powered G7e torpedo, which did not leave a trail of bubbles in the water and thus did not reveal the location of the submarine. G7a's remained in service in other roles, including surface ships, until the end of the war. Made of solid brass, this EARLY war Torpedo Prop is in VERY NICE condition! Some slight marks and wear due to the age (as well as a dent or two), but VERY solid otherwise! Also retains some hand-stamped part numbers. Mid-war, due to shortages in materials, the stopped making these in brass, and started to make them in steel. All the propellers you find nowadays are the late-war steel variant, that was left over after the war as they were used by Norway until the 1980's - this is the EARLY WAR type, making it VERY RARE! There are some small inspection markings and stamps. This is the rear propeller of the two mounted, and have shown its location in the last photo.

Ould use a bit of clean-up, but otherwise a VERY nice and original item for any U-Boot/Kriegsmarine collection or restoration project! Most of my items are vintage, and as such are AS-IS, so you must therefore expect a degree of wear due to age and/or usage.

Although my passion is the Me109, I do offer many other German Aircraft Fw190, Me262, etc. , as well as USAF and Japanese items. Occasionally I do offer many non-vintage items such as prints and art relating to the time period. Use is solely based on my authorization only.

The seller is "messerschmitt*109" and is located in Agoura Hills, California. This item can be shipped worldwide.