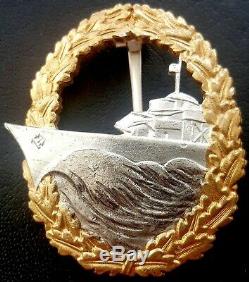 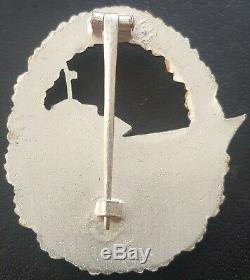 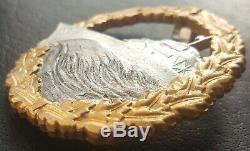 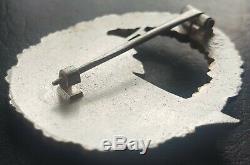 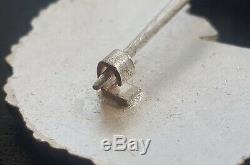 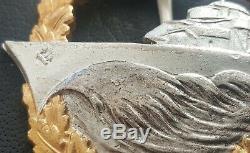 Original German Navy Kriegsmarine Destroyer War Badge - post WW2 / 1957 pattern, NICE CONDITION - PERFECT PIN DEVICE, MAKER: STEINHAUER & LUECK (ST&L), GOOD LATER EXAMPLE WITH OPEN HINGE BLOCK. FEW FACTS ABOUT THE 1957 PATTERN AWARDS. In 1957 the West German government authorised replacement Iron Crosses with an Oak Leaf Cluster in place of the swastika, similar to the Iron Crosses of 1813, 1870, and 1914, which could be worn by World War II Iron Cross recipients. The 1957 law also authorised de-Nazified versions of most other World War IIera decorations (except those specifically associated with Nazi Party organizations, such as SS Long Service medals, or with the expansion of the German Reich, such as the medals for the annexation of Austria, the Sudetenland, and the Memel region).

S&L did not have the whole monopoly on medal making, other famous firms such as Deschler & Sohn, BH Maher and Juncker also manufactured these new German decorations. Lüdenscheid is situated between the cities Dortmund and Bonn. It was here that one of the youngest medal firms was founded in 1889 by August Steinhauer and Gustav Adolf Lück. The first production began in a cellar, the customer base continued to increase.

A property was bought at 51 Hochstrasse which is still home for this famous company today. During WW2 Steinhauer & Lück produced medals and badges, like the famous Knights Cross and many other types of medals and badges. In 1957 this company was awarded the contract to produce all the newly re-designed legal WW2 1957 de-nazified decorations, plus the contract to manufacture all of Germany's official decorations including Germany's highest order the Bundesverdienstkreuz. Only a very limited number of original WW2 1957 medals are still produced, mainly Iron Crosses, German Cross Gold & Silver & Wound Badges and are considered 100% genuine by the German Government. Kriegsmarine Destroyer War Badge was instituted on June 4th 1940 by the Oberbefehlshaber der Kriegsmarine, Grand Admiral Raeder. Its creation being motivated by a need to decorate crews of the destroyers who had just fought in the Narvik campaign. The badge was designed by Paul Carsberg of Berlin. It is composed of destroyer side-view negotiating a rough wave. The badge was constructed in bronze and zinc. It measured 54mm from base to top and 45mm across, with the wreath measuring 7mm. Generally the attachment system consists of a horizontal pin with a small hook securing the badge. Various makers manufactured this badge, the following list is not comprehensive: Schwerin of Berlin, gebrüder Wegerhoff of Lüdenscheid, Steinhauer & Luck of Lüdenscheid, Juncker of Berlin, Josef Feix & Sohn, Rudolf Souval, Friedrich Orth, S. Godet and the so called "French version" with no mark. A cloth version exists and was authorized to wear on the uniform. Initially the badge was presented in a blue box with blue velvet base and a white lid. Later in the war it was presented in a normal brown packet. The award was worn in the left side of the Naval uniform beneath the Iron Cross if that award was held. The badge was presented with a document of which various variants exist and the attribution was entered in the Soldbuch. Though the badge was initially only supposed to be for Narvik participants. In an order dated 22 October 1940, the award was extended to all Destroyers, Torpedo Boats, and E-Boats crew members (for the last two this was only true up to the introduction of their own distinctive badge).

Those who participated in the Narvik campaign need not fulfill any other criteria. Badge are unknown to the authors at this time. The item "5122 German Navy Kriegsmarine Destroyer War Badge post WW2 1957 pattern" is in sale since Friday, April 6, 2018. This item is in the category "Collectables\Militaria\World War II (1939-1945)\Medals/ Ribbons".anderson" and is located in Abbots Langley.